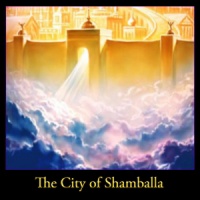 The City of Shamballa social network serves to reach more people worldwide with many different attunements by Chris Comish and member contributors. It also provides a social community for members to share and learn from each other. Additionally the network is meant to provide support to his readers and followers.[2] As of January 2013, there are 1,900+ members of the network.

The social network contains over 170 ongoing attunements to spiritual energies, including many of the attunements in Chris Comish's books. All attunements are ready to be received and are instantly available to all members. Members are invited to contribute wisdom and attunements to the network to bridge Heaven and Earth and unite Humanity as One.[4]

The City of Shamballa is a free social network. However 27 out of 163+ event manuals and other documents require Premium Membership to access. Premium Membership subscriptions start at $1.85 per month. Premium Membership fees support the network's hosting costs as well as provide an energy exchange from the recipients back to the teachers. Free Trial Premium Access is granted on a case by case basis for those experiencing financial difficulty. This ensures open access to powerful spiritual energies (and their associated transformative effects) for all without barriers. Additional funding is provided by donations.[6] New members are encouraged to join the New Members group to gain an existing member as a guide to the network and also to understand the network basics.[7]

In 2012, a group was started on The City of Shamballa called New Members to allow new members to introduce themselves and find a Shamballa Buddy to guide them in the network.[8]

Member of the Month

Once a month, members who actively contribute are spotlighted and recognized on the network.[9]

Once a month, The City of Shamballa network donates some of the funds received to various charities supporting Disaster Relief.[10]

Visit http://www.cityofshamballa.net/page/store for Chris Comish's books and products. Since October 2012, The City of Shamballa Store directly sells ePub ebooks. Also other publishers are invited to list their ePub ebooks for sale at the Store.[11]

Merchandise stores for the City of Shamballa are also available at Zazzle.com and CafePress.com.[12]