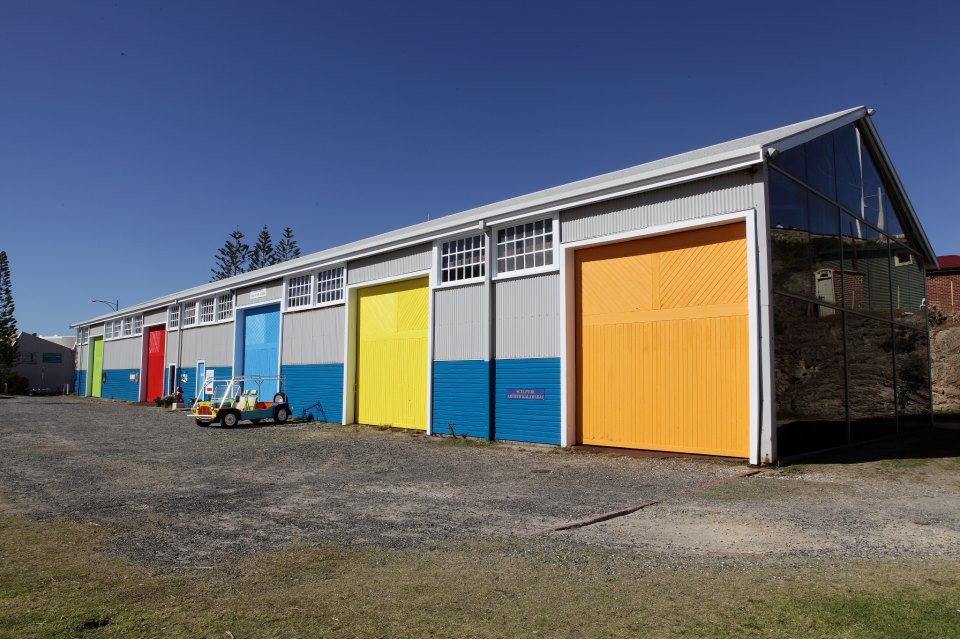 Colour Scheme for the Modern Look of J Shed

The design of the colour scheme for the modern look of J Shed was created by Greg James and Leah Adams of Greg James Sculpture Studio Gallery (Unit 2, J Shed).

Greg James was born in Perth, Western Australia. His involvement with art began at 18 when he enrolled at Claremont Technical College (later to become Claremont School of Art) where he studied Fine Art, majoring in Sculpture. He initially worked as a Sculpture Technician for Claremont School of Art before establishing a small foundry in his home studio in 1987. In 1992 he moved his studio to J Shed, where he developed the Greg James Sculpture Studio Gallery.

His numerous public sculptures have become well known landmarks throughout Fremantle and Perth, whilst his collectable work is displayed throughout Australia, and in galleries in Ireland, the United Kingdom, and New Zealand. 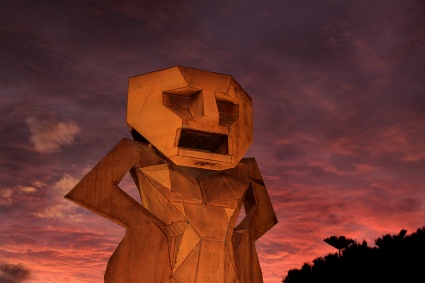 More information on Fremantle‬'s historic J Shed, in 2012 the team at Greg James Sculpture Studio Gallery (Unit 2) noticed that it was well time for J Shed to have another restoration to not only help preserve this historic building but to also have the building reflect the diverse artistic activity that lives in the walls of J Shed. Other artists in the shed at the time including J Shed Art Studio in Unit 3 and Fremantle Fine Furniture in unit 4 agreed and the artists of J Shed all pitched in to help bring some life back into J Shed.

The idea was to make J Shed a living artwork, a large public piece of art for all to enjoy and be drawn to. Proposals were submitted to the city and accepted and the restoration began. Sponsored by Colourific Painting Contractors P / L Bruce Hunt & The Colourific Team, Dulux Paint, Cicerellos Fremantle and the artists of J-Shed; Fremantle Fine Furniture, Peter Zuvela Photography, Jenny Dawson Ceramics and Greg James Sculpture Studio, the work was able to go ahead. Artists and volunteers helped out to sand back, replace glass and paint the J Shed. With each shed door having a different bright colour each studio was painting. Not only has the building been successfully restored but it now also reflects the life within J Shed and the artistic flair that is Fremantle.

Greg James and Leah Adams of Greg James Sculpture Studio designed the concept, found sponsors, wrote proposals and so on. To acknowledge their work in this project they were awarded a commendation in the Conservation Heritage Awards of the Fremantle Heritage Festival in 2013. The J Shed is a historic Fremantle building that was originally built in 1912. It was built on Victoria Quay for the purposes of storage. The building was moved to its current location on Bathers Beach Fremantle in the 1960s by the Fremantle Harbour Trust and has had a variation of purposes since its move, including being a fibreglass work shop until 1988. In 1992 the building was repurposed again after a restoration completed by the City of Fremantle to be used as the independent semi industrial art studios you see today.

Greg James of Unit 2 and Jenny Dawson of Unit 3 were some of the first artists to start using this shed as art studios and have been here ever since, establishing their own artwork and businesses.

The J Shed‬ sign reads: " 1912-1913 J Shed. Built on Victoria Quay [Fremantle Port] for storage purposes by Public Works Department. Reconstructed on this site [Arthur Head now an A class reserve] by the Fremantle Harbour Trust in the mid 1960s. Vested in the City of Fremantle in 1982 and restored as part of the Commonwealth funded Arthur Head Bicentennial Project in 1986/1987. Now used as art studios [Greg James Sculpture Studio Gallery & J Shed Art Studio] and workshops. "