Difference between revisions of "User talk:MyWikiBiz"

Past discussions are archived here:

Adding chapter 10 to the Wikipedia version.

Currently Google search only returns the MWB version. I am not sure what happens here. Normally Google gives precedence to the original version.

Google is very strange. Just by rearranging the quotation marks, I can make the MyWikiBiz page disappear. Best to let the Google spiders do their work for at least 14 days before you draw any firm conclusion. (In the meantime, though, we already knew that MWB is better than Wikipedia in so many ways!) -- MyWikiBiz 12:15, 18 January 2009 (PST)

Yes - the current cached version is Dec 11 so the spiders still have to do their work. Then I will experiment with changing first on the MWB version, then propagate to the WP version, so it is clear what the proper source is. Ockham 02:30, 19 January 2009 (PST)

But unfairly ignores the addition to Wikipedia 'On Interpretation'

As reported above, I added some material to the Wikipedia version of On Interpretation, which before was only in MWB version. At that point, a search on a key phrase only returned the MWB version. But now (as of new cache, 20 Jan) you see it is attributed to Wikipedia, and the MWB version is hidden. That is outrageous. Previous experiments with other sites suggested that Google always respects the provenance of material. Here it is the other way round. Google is a thief!

Next experiment. Perhaps either remove the paragraph from Wikipedia version. Or change the MWB version. Or put in another para into Wikipedia so Google gets the hint? Ockham 04:19, 25 January 2009 (PST)

JA: Google's ranking algorithm, apart from transient recency effects that disappear after a few weeks, is exclusively biased toward graph-theoretic connectivity over any other factor. That is why Google ranks Wikipedia high on any given search cue even when the original articles that snagged those cues have been reduced to stubs or even redirects — so long as all the links from other Wikipedia pages are still there — Google is clueless about the contents of the garbage bin at the other end of the links. Google's algorithm is blind to provenance when it does not issue in connectivity, it is blind to both content quality and logical quality (in the Kantian sense). "There's is no such thing as a negative link" is its sole maxim. Jon Awbrey 05:54, 25 January 2009 (PST)

I am tickled pink that you guys are curious about this Google phenomenon, as am I. It is rather offensive that the "original source" would be deprecated by Google in favor of the "borrowing site", no matter how much of a gorilla it is in PageRank. But, them's the breaks, I'm afraid. It all comes down to: In order to show you the most relevant results. Google has determined that popularity equals relevance, not originality nor quality. The only real solution to prevent this offense is to copyright your work here (in a Directory network, since the Main Space is governed by GFDL) and see to it that it doesn't find its way to Wikipedia.
If you don't mind, I'd like to toy around a little with these articles you've mentioned, to pump in a few semantic tags, so that maybe — maybe — it might out-compete Wikipedia once again. I doubt it, but it would be an achievement worthy of note. -- MyWikiBiz 09:36, 25 January 2009 (PST)

This is an example of a Google search for bad weather incidents, where the MyWikiBiz page came up # 1 result out of 920,000, while Wikipedia's much more detailed page came in only at # 5. Notice the link for MyWikiBiz? Google seems to have selected out the Special:URIResolver page, which redirects the visitor into the real Category page. URI means 'uniform resource identifier', and that means XML relations and semantic web. So the semantic web characteristics of MyWikiBiz are without question being "boosted" by Google. Good thing the Wikipediots declared that Semantic Mediawiki was "too hard to use" for the average editor. -- MyWikiBiz 13:48, 27 January 2009 (PST)

I am uploading a series of photos as a part of my travelog, but I cannot get them to display in my browser - my readers are also having trouble. The files in question are... 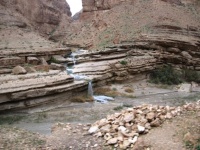 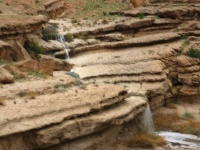 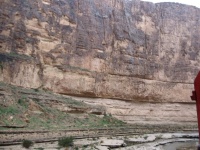 I want to upload three more as well, but not until I find out what the problem with these images is. Could it be because of their very high resolution? I did not reduce their dimensions from the camera's 5.0 MP - if need be, I can do this and try to upload them again. Thanks as always, AndrewM 12:34, 1 February 2009 (PST)

Actually, it looks like the images are working. They are HUGE, so I am modifying them here to thumbnails. I also replied here. -- MyWikiBiz 14:59, 1 February 2009 (PST)